Have you been to Universal Studios or one of the other movie studio tours? I came awayf from my first studio tour marveling at how so many facades and stage props are so fake looking and yet look so real on film. I am happy to report that after seeing The Biggest Little Farm and then touring the real Apricot Lane Farms (the focus of the documentary), it is a match!

Located close to Simi Valley and the suburban development of Moorpark, you drive only a few minutes through orchards and hoop houses to reach Apricot Lane Farms. The contrast with the neighboring farms is most stark when you stand at Alan York Point (named for their mentor). On the next farm over there is nothing but bare ground as they clean up after an organic raspberry operation. The erosion on the hillside, the bare soil exposed to the Santa Ana winds, compared to a regenerative farm that is bursting with life.

Apricot Lane Farms is both California Certified Organic and biodynamic certified. They grow and sell seasonal stone fruit, citrus, avocados, pasture-raised eggs, vegetables, herbs, marmalade, lamb, pork and beef through four farmers markets a week, a couple of individual grocery stores, and a couple of chefs. They do not currently have a selling problem; they have a supply problem. And they uniquely have a Los Angeles based market that can pay for the increased quality ($16 typically for a dozen eggs). They want to expand to three more farmers markets.

Co-owner Molly Chester experienced some health issues that led her to become a traditional food chef in Hollywood. She is still the most active partner in farm operations (John Chester is a film maker foremost). Her interests led them to Apricot Lane Farms and together, with their mentor Alan York, adopt these five pillars.

They quickly discovered that uncovered soil is dying soil, so the cover crops are key and tilling has been almost entirely eliminated. In the garden, they sometimes cover the ground with plastic. Today, the only bare soil is the roadways, and the soil fertility in the pastures and orchards has recovered. At the beginning the soil was testing 1-3% organic matter and after 8 years the soils are testing between 3-6%, and the vegetable beds at 11%. For each percent increase in organic matter they are sequestering 21 tons of carbon per acre per year.

Trevor is the manager of the farming operation, and John Chester described his job as integrating the six farming enterprises. There is essentially the pasture, cow, chicken rotation; the orchard, duck, sheep rotation; the pigs stand alone, and the truck crops. The composting operation undergirds it all. And 15 bee hives spread around the farm are among the pollinators. Ten percent of the farm is set aside for habitat (mainly in and around the pond) but they are expanding this to 15% and already count over 100 bird species and 215 native plant species.

It is a unique operation because it does have revenue from entertainment (movies, shorts, children’s books, etc.). This is why the buildings are built to be aesthetically pleasing as well as functional. And they have a 12 person people mover for tours.

Apricot Lane Farms uses less water than the conventional counterparts. When they purchased the farm, Ventura County was in severe drought and everyone in the basin had their water use curtailed by 25%, but then they’ve been able to use 15-20% less. In addition, the are able to infiltrate rain water back in to the aquifer. This past winter when they received an above normal 24 inches of rain, they had no run-off except on the roads.

I easily geek out over agricultural stuff. You may be interested to know that the food grown on a regenerative farm is also more nutritional and tastier. It is also good to know that farming can be part of the climate solution. 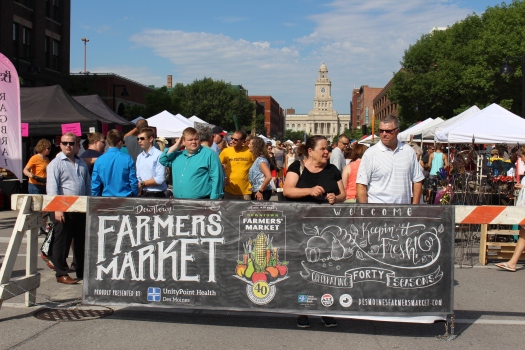 We ate breakfast, stopped at Java Joe’s for a cup of coffee and checked out the entertainment as we slowly strolled the grounds.

The diversity in Iowa is “white diversity” with different religious sects and nationalities. 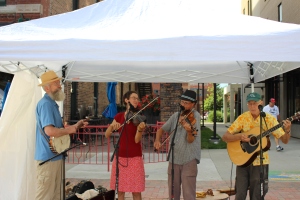 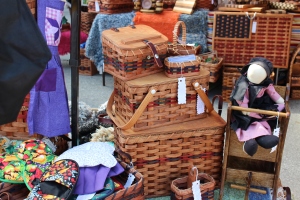 Downtown Des Moines appears to be in full renaissance and features a beautifully redeveloped riverwalk. At the end of my visit I enjoyed dining at Centro (also downtown) and could envision spending more time in Des Moines. 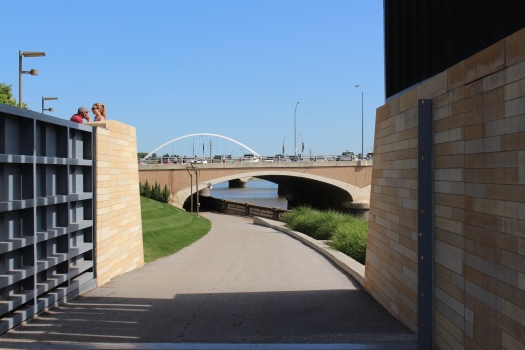 I only saw corn and soybeans on my ride through Iowa. They grow these beauties somewhere (besides Cousin Kathy’s huge garden). The Farmers’ Market is a fun outing. 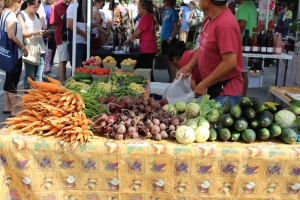 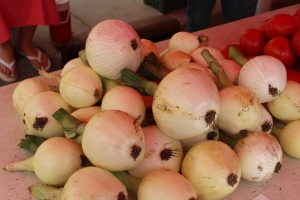 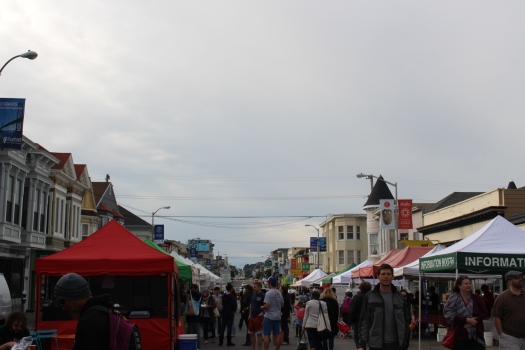 Inner Richmond is a San Francisco neighborhood between Golden Gate Park and the Presidio. Clement Avenue is the main street. I like the Sunset District, North Beach and other neighborhoods, so it was fun to spend a few hours mooching around on Sunday. It is also a day when the Farmer’s Market is open on Clement at 2nd Avenue.

As I write this I am munching on a Krakatoa chocolate bar from Jade Chocolate. It is flavored with black pepper and lemongrass and is a perfect chocolate with coffee for after dinner.

I lingered over the Petaluma Happy Hens Farms stand where one can buy eggs and grass-fed poultry, pork and beef. Sometimes it is fun to spend time in a neighborhood just hanging out like a local.

While driving from Capitola to Half Moon Bay on California Highway 1, I saw this sign and almost broke my axle turning off the road to check it out.

I love pie. I love pie more than cookies, or cake or any other sweet thing. So the idea of a ranch that produces pies sounded like heaven. And it was a little slice of.

I parked the car and entered a large barn. Pie Ranch is a combination of fruit and veggie stand, community center and pie bakery. They had hosted a barn dance the night before and they had lots of individual pies left over. I debated between ordering peach and walnut.  I chose peach pie. The filling was delicious but the crust was too dense. Still it tasted yummy.  And with a cup of coffee it made a great treat.

Pie Ranch is in Pescadero not far from the Ano Nuevo State Park famous for the colony of elephant seals that breed here in winter and an easy bike ride from the Pigeon Point Lighthouse Hostel.

The experience also inspired me to think about celebrating pie at least once a month. I come from a long line of pie baking women and I enjoy making pies. Yet I should not eat a whole pie alone, so I invited some friends to join me at the Wednesday Night Farmers market for “Pie Night.” And last night I made a peach pie with my friend Petrea using the recipe from Smitten Kitchen.

Tonight I took the peach pie, a blanket to sit on and a thermos of decaf coffee and shared my pie. It was delicious and just the right balance of fruit and crust.