I enjoy a weekly podcast of BBC Desert Island Discs. I just finished the Daniel Radcliffe episode. I’ve also noticed that the some people are creating self-isolation playlists and sharing on Instagram. Satellite Sister Lian Dolan created two with the themes of survival. We may as well have fun with it while we are waiting and looking out for one another by staying home.

I haven’t created a playlist since I dropped my youngest child off at UC Santa Cruz. And I don’t listen to as much music as I once did. So when I imagine being interviewed by the BBC presenter on Desert Island Discs, I think of the songs inspired by my travels.

My first big trip outside the United States was to Catrine in Ayrshire with Teen Missions when I was 16 years old. I came home at the end of the summer and discovered that My Sharona by the band The Knack had completely taken over the airwaves. My high school pep squad and student body adapted it to our school name, “La-Si-er-ra” and yet I had not heard it once! While I was in Scotland we sang a lot of Christian songs but weren’t allowed to listen to the radio; however, I did develop a real soft spot for bagpipe music and all things Scottish. Later I fell hard for the twins from Edinburgh, The Proclaimers. I have every album recorded by Charlie and Craig Reid and the disc I want in my COVID shelter in place is The Joyful Kilmarnock Blues.

My next travel adventure was to study summer school in Cambridge, England. First my then husband and I drove around England, Wales and Scotland. I loved Paul Young’s Wherever I Lay My Hat That’s My Home, and was bummed to find out that it didn’t reach the same popularity in America. 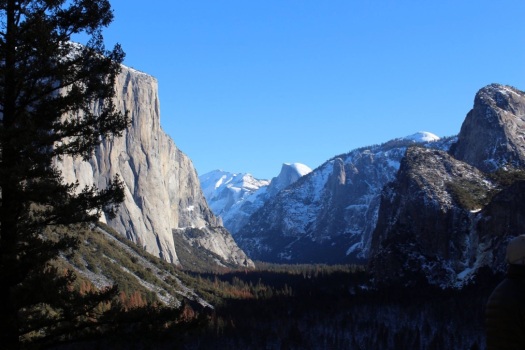 I didn’t travel much while I raised my children–annual trips to Yosemite were more the norm. So when I was newly divorced I gave solo travel a go. Except air travel to meet up with a friend or group, I had not had complete control of an itinerary before and the rebel in me loved it. I chose London and Dublin for my first solo foray and I fell hard for Ireland.  That trip I was mad for Chumbawamba’s Tubthumping.  (And for the record, I apologize for linking to some truly bad videos.)

Within a few years I was semi-regularly volunteering with Habitat for Humanity, Northern Ireland in Belfast. I even marched in the St. Patrick’s Day parade in Downpatrick. There were many songs that I enjoyed singing as we enjoyed the culture in NorIreland. On one of my last trips a young builder who was apprenticing at the site shared with me his favorite song at the time: Voodoo Child by the Rogue Traders.

I discovered New Zealand through Habitat for Humanity as well. I met a group of Kiwis on a Jimmy Carter Build in Cambodia and the next year led a team to Wellington, New Zealand. Music was a big part of the build and I discovered Brooke Fraser. One of my favorite songs is Something in the Water.

I have returned many times to New Zealand and I like many other Kiwi artists besides the obvious–the phenomenal Lorde. I was briefly obsessed with Gin Wigmore’s Black Sheep. I have memories connected with the New Zealand National Anthem and the Rugby Union theme song for the Rugby World Cup, World in Union. Sometimes I would discover a song on Kiwi road trips that was a hit in New Zealand but not yet in the United States, such as Glad You Came by The Wanted.

The biggest connection with a song on any of my adventures was summer of 2014 when I followed the Tour de France from Yorkshire to Paris. For part of the tour I joined a Thomson spectator tour in the Alps. Our bus driver had a great playlist including Enrique Inglesias’ Bailando. If I only could take one song to my desert island it would be this one.

Working at home all day and then spending all evening at home is not quite as isolating as being stranded on a desert island. I have Facetime with my grandson and daughter and phone calls and texts with colleagues and friends. Still, there is a growing sense of the end of the world as we know it.  Just as 9/11 ushered in a different set of priorities, so too will this pandemic.

Chris Guillebeau’s newest book, The Happiness of Pursuit, is all about finding meaning in life through a quest. A quest is bigger than an adventure; it is a series of adventures with a clear end goal. It is challenging and requires a sacrifice of time or treasure. The CTI Co-Active Leadership program ends with designing a quest; however, there was very little information about what form a quest might take. This book fills that void.

The book is full of people’s quest examples. I compared their experiences to my own. 5 years ago I needed a change in my life. The stress and the work treadmill were making me physically sick. Knowing that I needed to make changes was not enough to sustain the redesign needed–like expecting to lose weight while working in a donut shop.

I started with a couple of adventures with Habitat for Humanity, Global Village program. This was a normal extension of the travel volunteering I had done before. I focused on Northern Ireland and, based on other volunteers’ stories, I wanted to do a Jimmy Carter Build. Then HFH selected five countries along the Mekong River for the JC Build and I had friends in Cambodia. So I went on a Jimmy Carter Build in Cambodia hoping that the next step would reveal itself.

While I was on the Cambodia build I met a group of really great New Zealand volunteers. This led to taking a group of Canadian and US volunteers to a build in Wellington. By this time I had more than an inkling that my quest was leading me to live overseas.

New Zealand was love at first sight. My quest began to focus on moving to New Zealand. I spent a year “leaving well.” As far as sacrifice, does selling everything you own count? The thrill of fulfilling a life long dream of living in a foreign country for longer than 10 weeks (my previous stretch) was so exciting that it carried me through the wrenching process of leaving family and a house I had lived in for 25 years.

Once I arrived in Auckland, New Zealand lots of things fell into place—a place to live in St Heliers, a kindred spirit bf, and so many great things. Except a job. Eventually my money and Visa ran out and I found myself flying back to Sacramento on Christmas Day, 2011.

This is the end of the third act of a screenplay called “the all is lost moment.” I really felt confused about my quest. I thought it was about creating a new life overseas and yet I was not able to stay. Within a few months I had a new consulting business and still enjoying a lifestyle that included writing. (Much of this quest is chronicled in my first blog http://redesigning49.com.)

My life is largely redesigned. Yet my quest feels unresolved. I continue to plan adventures and stay open to what comes next.

A Wild Sheep Chase by Haruki Murakami. Post-modern tale of a mediocre man’s quest to find a special sheep in the mountains of Japan. The magical realism emphasizes the mystical aspects to a quest. It is the yin and yang of quests: doing and being.

The Hundred Year-Old Man Who Climbed Out of the Wind and Disappeared by Jonas Jonasson. This Swedish version of Forrest Gump is a tall tale that illustrates how one thing in life can lead to another in a good way if you retain your basic optimism and do not over think situations.