My son-in-law works for Southwest Airlines and one of the performance rewards he can earn is a buddy pass. He has given me a buddy pass twice now and I am figuring out how to make flying stand by work for me. The buddy pass is a non-rev (non-revenue) ticket and the lowest priority–after employees, bumped passengers, other airline employees, and employee family members. But it’s FREE!

So if you are NOT under a strict timeline, it is a great way to travel. Did I mention that it is free.

I had just debriefed with my son-in-law Marcos about his experience traveling as an airline employee to Barcelona. I was reminded of the importance of being patient in the face of delay, and kind to all airline employees. Not only did they not create the situation (fully-booked plane) and they are more likely to do what they can for me if I’m pleasant. Everyone I encountered was a professional and very friendly, but they are not responsible to get me on the flight. I am flying STAND-BY.

My most recent experience taught me some new things about air travel.  Marcos and I looked at the flight options from Sacramento to Grand Rapids a week before my travel date to identify the combinations with the most open seats to give me the best chance to complete all of my travel in one day. Even though I knew it was possible to make one leg but not the next, when I was in Baltimore and the desk agent was saying it was unlikely I’d get on the only flight to Grand Rapids, I was surprised. I quickly scanned my options. I looked up the time to drive to my friend Ray in Fennville from Chicago–but it was a 2.5 hour drive and the flight wouldn’t arrive until late. Fortunately I have a good friend a short train ride from BWI.

I was asked to wait until the plane loaded and then the desk agent would let me know. I dashed to get some lunch and brought it back to the gate. I was about half way through my burger and my name was called–after a half dozen other names. No one else had responded. I dumped the rest of my lunch in the bin and dashed for the gate. I was the very last person on the plane. The flight crew urged me to take the first available middle seat. I thankfully sank into it and texted everyone that I made it!

I usually travel light but this time I trimmed it even further so I had just one carryon with no extra purse or computer bag. My carryon fit under the seat so I didn’t have to worry about overhead bin space. I assumed I’d be in a middle seat so I didn’t bring my knitting (elbows in!)

On the way home I thought traveling on a Sunday would be easier. I had to rise super early to drive back to Grand Rapids for a 6:30 flight. There were open seats so they gave me my boarding pass in C group. And it all went well. When I arrived in Denver the C terminal was going crazy. It seemed like every gate was boarding. The gate agent said Sundays are always very busy. It was only 8:30 but it was already looking unlikely I’d get home that day. I found myself mentally checking: friend in Denver, yes. If she’s not home I can stay at a hotel and get some sleep!

This particular flight at preboarding had three people in wheelchairs and a couple of unaccompanied minors. There were also lots of families returning from graduations. One Southwest employee had precedence. I chatted with a pilot from United Airlines trying to get home and he also was in front of me on the list. He assured me that he wouldn’t have my seat because he can sit in the jump seat. I laughed and said I am flying stand by, so don’t worry. I really did feel zen about it. Another panicked passenger missed his flight to Southern California and the Sacramento flight was going on to Orange County. Southwest couldn’t guarantee him a spot on to the OC but he’d definitely get there in the evening if he got stuck in Sacramento. There were no more flights from Denver to Orange County. He took it. I felt a little more tenuous and that was okay. I sat and watched people board and found amusement in their choice of traveling attire. I remember when people dressed up to fly. Now many people look like they are going to a sleep over or to the gym. The gate agent called other names, then mine.

Eureka! I got the last seat again! I quickly grabbed my bag and headed down the ramp. The flight crew said, “All the way in the back.” By the time I was two-thirds down the aisle I could see only one seat in the last row. Then I saw the United pilot rise from the last row and move back to the jump seat. Whew! (and thank you!) 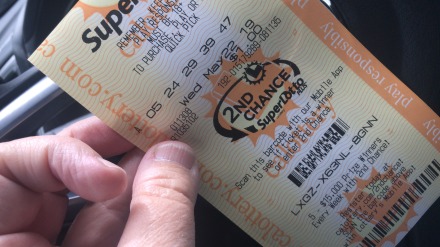 I texted my family that I made it! Remarking on my good luck, my son-in-law texted back, “When you get back buy a lotto ticket on the way home. lol” I took his advice but my good fortune didn’t last that long.

I will use his buddy pass again. Not when I am connecting to LAX for an international flight, or when I need to be at someone’s celebration. I will use a buddy pass with more enthusiasm if I can get where I want to go on a direct flight that leaves early in the morning. Traveling is full of uncertainty, and we all get bent out of shape when our plans go awry. Accepting the chance involved puts some of the mystery and adventure back into flying.