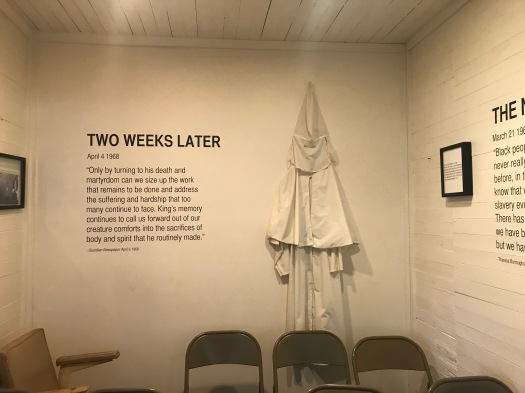 Greensboro, Alabama is practically unknown to people outside of this part of Alabama. When you tell someone you are going to Greensboro—even people in Birmingham—they assume North Carolina. Nonetheless, Greensboro is worth a visit for the SafeHouse Black History Museum. 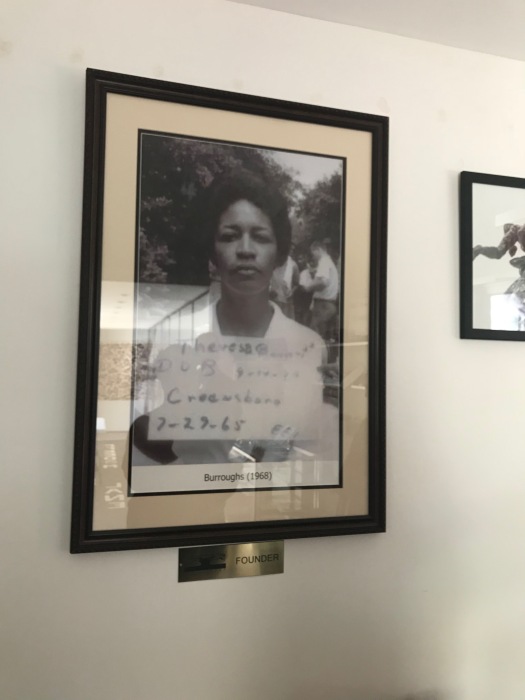 I had called ahead over a week in advance. It took a little phone tag before I was able to confirm meeting up at 10:00 a.m. The volunteers who help Theresa Burroughs maintain the museum are a mix of locals and people who grew up in Greensboro, had careers in larger cities and other parts of the US and are now retired close enough to drive to Greensboro and open up the museum for 3 women from California. 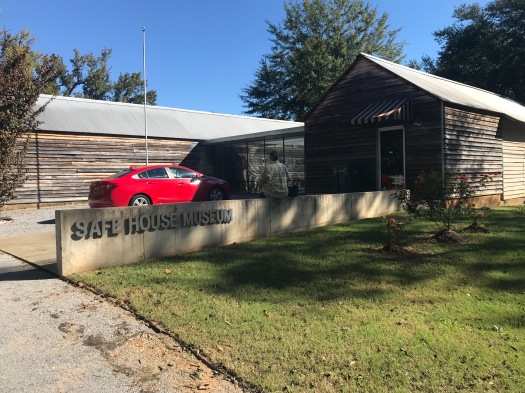 The museum is a gem. The Rural Studio helped to design the exhibits and this house museum hits above its weight. There is a video where Theresa Burroughs tells her story as an young woman drawn to activism. She marched, was arrested, and organized her community. In the 1960s, Greensboro was the home to a sewing factory in the black side of town and many more people lived in the community. The downtown business district was bustling and boycotts of businesses by the African American community struck an economic below and created fear amongst the white residents. The exhibits and talking to the docents really brings the sense of what it was like in a small rural town during the civil rights movement. The main focus of the museum is one particularly fraught incident involving Rev. Martin Luther King, Jr. and the Klu Klux Klan. I won’t give anything away except to say it is worth making the side trip.